The first elected Latina Councilwoman in the City of Bethlehem, Olga Negrón is also the only woman of color in City Council. In 2017, Negrón was re-elected with the highest votes citywide.  For many years, she has been a force in the community and a member of several organizations in the Lehigh Valley and Pennsylvania. Among her involvement and community leadership, include: Member of Community Revitalization and Crime Prevention Advisory Committee-Appointed by former Pennsylvania Governor Edward G. Rendell, Member of the Governor’s Advisory Council on Library-Appointed by Pennsylvania Governor Tom Wolf and Vice-Chair of the Pennsylvania Latino Convention. Olga worked as a community organizer, executive director of a few non-profit organizations and as the Legislative Assistant for a State Representative. She is the Community Liaison & Office Manager for HGSK Law Firm.

Olga Negrón moved to Southside Bethlehem in June 1996 where she raced her three daughters, Dr. Corazón Irizarry (UPENN School of Medicine), Isis Irizarry, Esq. (UCONN School of Law) and Paloma Irizarry (graduated from Trinity College), Negrón is among 30 people nationwide-the only one from Pennsylvania-whose stories are cited in a book published in 2014 that asserts the “War on Poverty” can be won.

Negrón is a well-known public servant regarded as the guardian angel of the underdog, always fighting for justice, righting wrongs, empowering women and girls, and being the steady voice of the voiceless. 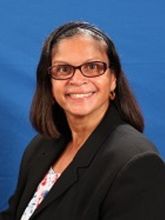